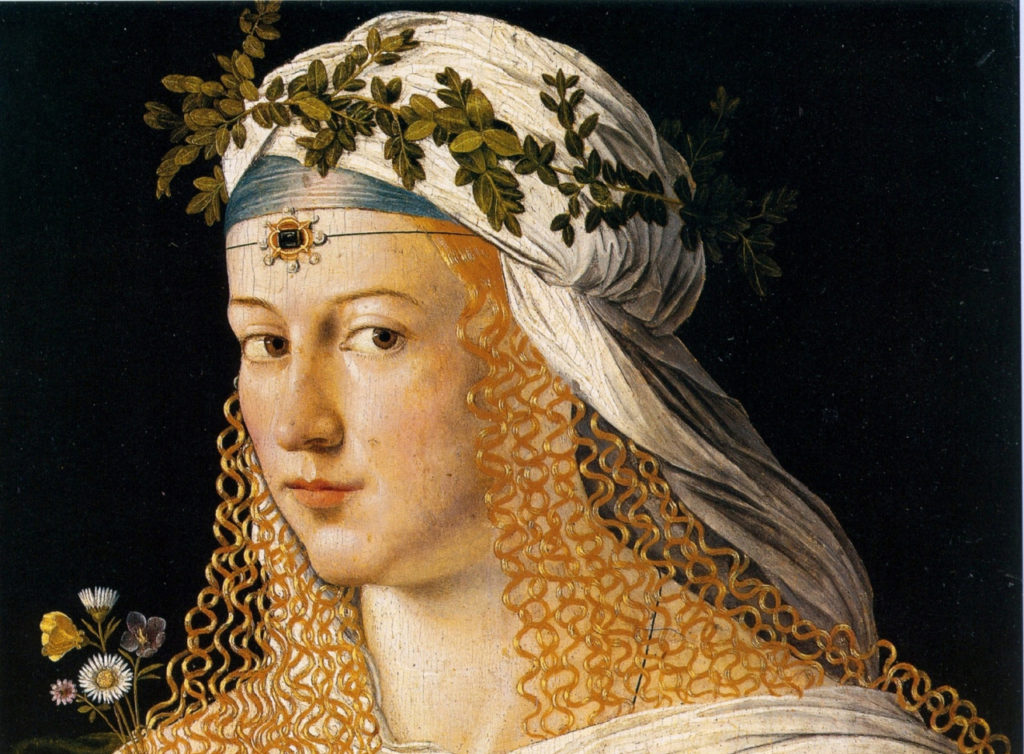 The canons of beauty in the sixteenth century

After the centuries of the Middle Ages, the Sixteenth Sentury marks the historical period corresponding to a real moment of revaluation of beauty in general, first of all the female beauty. The canons of what had to be the True Feminine Beauty were established. Some basic features were fixed such as white skin, red lips and blond hair. In the Sixteenth Century, the aesthetes came to identify a series and a typology of “grazie” (“beatitudes” or “blessings”), that couldn’t be ignored. As Morpurgo expresses in his work “El Costume De Le Donne“, dated 1536, the woman should have a series of indisputable characteristics, which were: three large (height, arms and thighs), three thin (eyebrows, fingers and lips), three small (mouth, chin and feet), three white (teeth, throat and hands), three red (cheeks, lips and nipples), three long (hair, hands and legs) and so on.

The literary production called  “Blason” (“Blazon”) belongs to these years: a type of compositions, often brief, which should praise these particular and specific female characteristics.

Of course women of that time (and men, on their side) were then forced to follow these stereotypes of beauty, using garments  intended to correct individual forms (such as laces and corsets), cosmetics and everything that could serve the purpose.